Périgord (Peiregòrd or Perigòrd in Occitan), Peirigord in Périgourdin, is the name of the county that covered the present French department of Dordogne, in the region of Aquitaine. The Dordogne department is essentially rural and marked by a large cultural, archaeological and historical heritage.

The name "Périgord" comes from the Gallic people of the Petrocores, Petrocorii in Gallic which means the People of the "Four Armies" but its history goes back to the dawn of time.

Our region and, in particular, the Vézère valley where we are located, between Montignac and Limeuil, were inhabited particularly early. This early occupation was the result of various favourable factors.

First of all, during the Quaternary period, the climatic characteristics of the valley allowed many herds of deer, bison and other herbivores to live in the area. These herds provided man with food and clothing (furs and skins) to combat the cold.

The valley is also dotted with rock shelters and caves patiently carved into the limestone by erosion.

These natural cavities were suitable sites for human settlement.

Finally, the flint resources, which are particularly important here, allowed the development of hunting.

These different elements have favoured a lasting settlement of man in the region. The number and quality of prehistoric sites testify to this today. The Périgord Noir, the cradle of the first cultures in Western Europe, has many remains, such as the Lascaux caves or the Cro-Magnon shelter.

After the Gallic War, the territory became one of the cities of the Roman province of Aquitaine with Vesunna as its capital.

Invasions by the Alamans and Franks ravaged the region and in 507 Aquitaine fell to the Franks, who under the leadership of Clovis conquered Gaul. In the 9th century the valleys of the Isle and Dordogne were devastated by the Normans who burned the churches and sacked the monasteries.

In the 10th century, the four baronies of Périgord were established: Mareuil, Bourdeilles, Beynac and Biron. History will remember this good word from a chronicler of the time: Why have there always been only 4 baronies in Périgord? Simply because only 4 barons were needed to hold the canopy when a bishop, archbishop or prince came!

In the 12th century, the abbeys of Cadouin, Sarlat, Boschaud and Chancelade were founded.

Following the marriage of Eleanor of Aquitaine to Henry II Plantagenet in 1152, the Périgord came under English rule. In 1259, the Treaty of Paris, by which Saint Louis recognized the possession of the province to the English, put an end to the incessant struggles between the two kingdoms and allowed the populations of the region to live in peace until the Hundred Years War. This possession was confirmed by the Treaty of Brétigny (1360), before the Périgord was taken over by Duguesclin. Throughout the following period, the lords of the north of Périgord were loyal to the King of France, while those of the south sided with the English. In 1453, the Battle of Castillon put an end to the Hundred Years' War. In the 17th century, the Croquants revolted against the government of Louis XIII and Richelieu, who taxed them more and more. 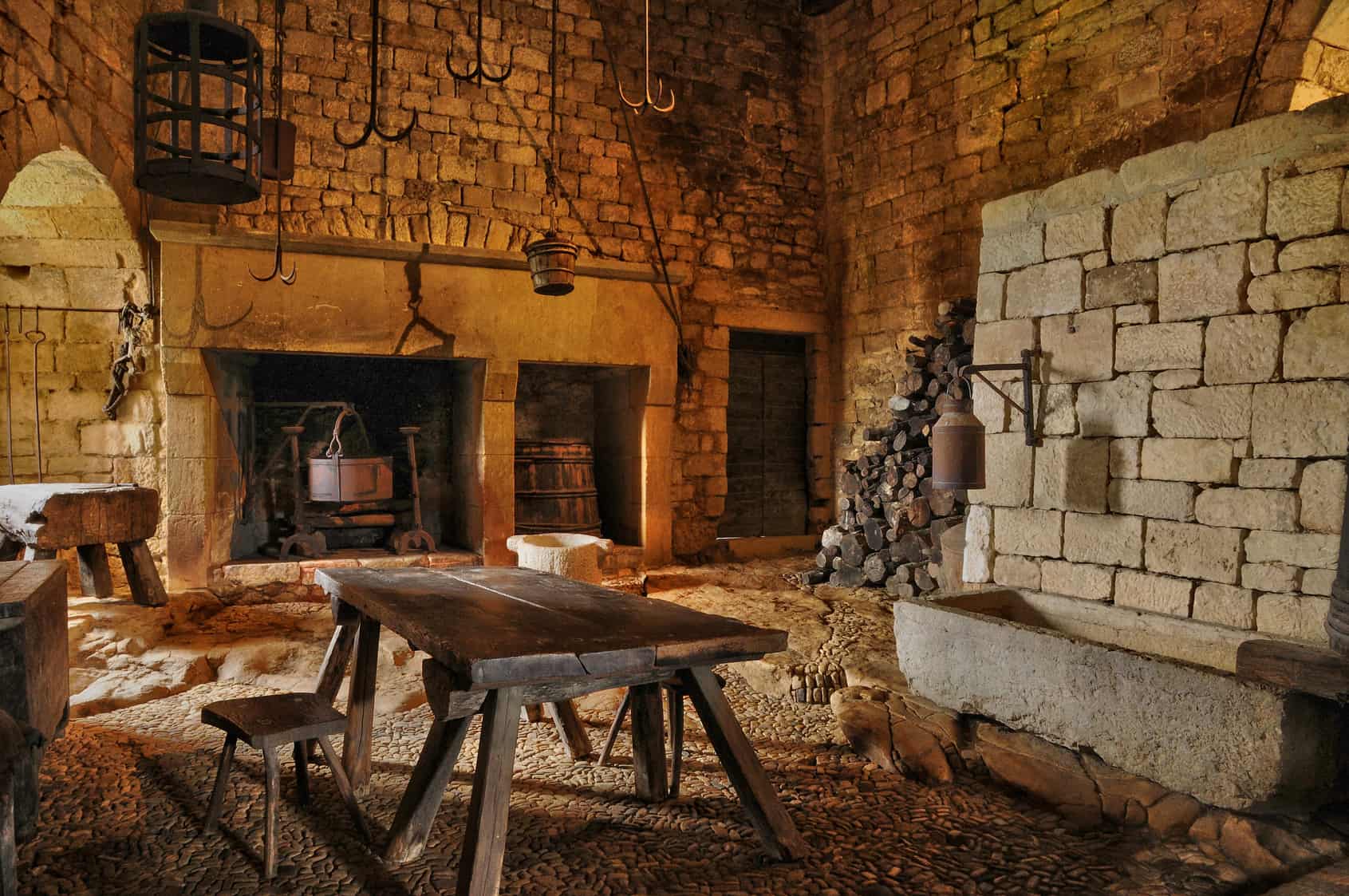 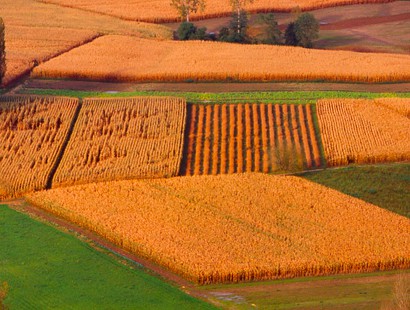 In 1790, roughly within the same boundaries as the Périgord, the Constituante created the department of the Dordogne, then set the boundaries of the communes, cantons and arrondissements. Since the end of the 19th century, the region has experienced permanent rural emigration. Agriculture and tourism are the department's main resources. The Dordogne Périgord department is the third largest in France. Its landscapes are varied and those of the North are very similar to those of the Limousin, those of the South are very open and similar to the lands of Bordeaux and Agenais. The east of the department is between Quercy and Causses Correziens, the west opens up to the Charentaise plains towards the Atlantic Ocean. The Périgord is also the 3rd most wooded department in France. The department has 9 "most beautiful villages of France" which places it in second position behind Aveyron which has 10.

It is the return of the essential moments. The grapes are ripe, it is time to start harvesting, the ducks and geese are being force-fed. The knives are being sharpened, the time for preserving will soon begin. Chestnuts are picked, ceps and chanterelles are sought, the forest has been feeding its people for centuries.

When it starts to show its nose, the Périgourdins are busy in the gardens. The awakening of nature is an enchantment for the eyes. The first tourists begin to use our roads.

The night markets are in full swing. The day markets attract large crowds: regulars, old Périgourdins and French and foreign tourists mix happily together. The streets of the towns and villages are full of people. Everyone goes out, there are so many events in this season. Meals with friends are an opportunity to taste the preserves made during the winter. We take the time to live! 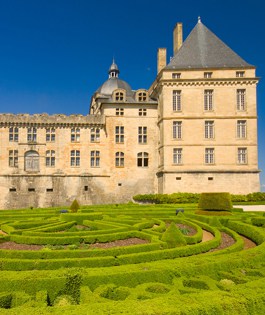 To the north: the Green Périgord

(around Nontron, and to the south-west of Châlus in Limousin), whose colour is associated with that of the light oak and chestnut forests found there and, as wetlands go, the meadows. Geologically, it is the granitic part of the Dordogne, which belongs to the Massif Central.

In the south-east, the Périgord Noir

(around Sarlat-la-Canéda), historically the oldest of the four names, black refers to the so-called green oak forests, which are in fact very dark, and to the famous and coveted truffles. 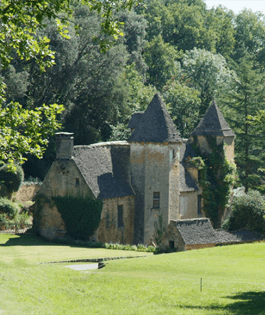 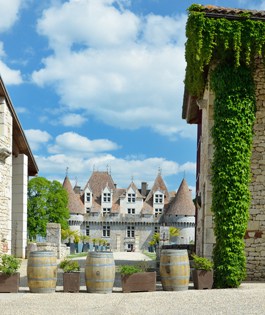 In the south-west (around Bergerac), this appellation is the most recent (1970). It is due to the expansion of tourism, the purple recalling the colour of the vine leaves in autumn. In the past, the Bergeracois was part of the Périgord Blanc.

In the centre and north-west (around Ribérac and Périgueux) whose name recalls the colour of the limestone soil of this region. The large cereal fields have given it the nickname of the granary of the Périgord. 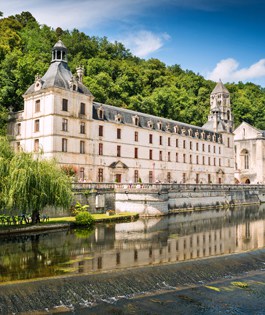 Today, the Périgord Noir, where we are located (in Le Bugue to be precise), stands out for the exceptional richness of its historical, architectural and gastronomic heritage. Indeed, it concentrates more than 60 prehistoric sites of international renown.
With more than 352 monuments listed or registered in the inventory of Historic Monuments, it represents the second largest concentration in France after the city of Paris.

Finally, the world-renowned Perigord gastronomy is built around truffles and foie gras. This country is steeped in an Occitan culture whose influence can still be felt.

The built heritage involves many skills and local materials. It is a product of popular culture and is always in harmony with the landscape.

The ironworkers, stonemasons, lauziers, carpenters and other carpenters all have traditions and a centuries-old Occitan culture. They are at the origin of this architecture which is above all robust and functional.

The Cretaceous (yellow ochre) and Jurassic limestones are split into slabs (lauzes) or cut stone. The roofs of lauzes punctuate and distinguish the landscape of the Périgord Noir. Sloping at 45°, they have a weight varying from 500 to 800 kg per m², which implies imposing load-bearing walls and therefore stocky buildings. This construction method has been used here since the Middle Ages, and has lasted until the present day. Currently, twelve lauziers are still practising in the canton of Sarlat. 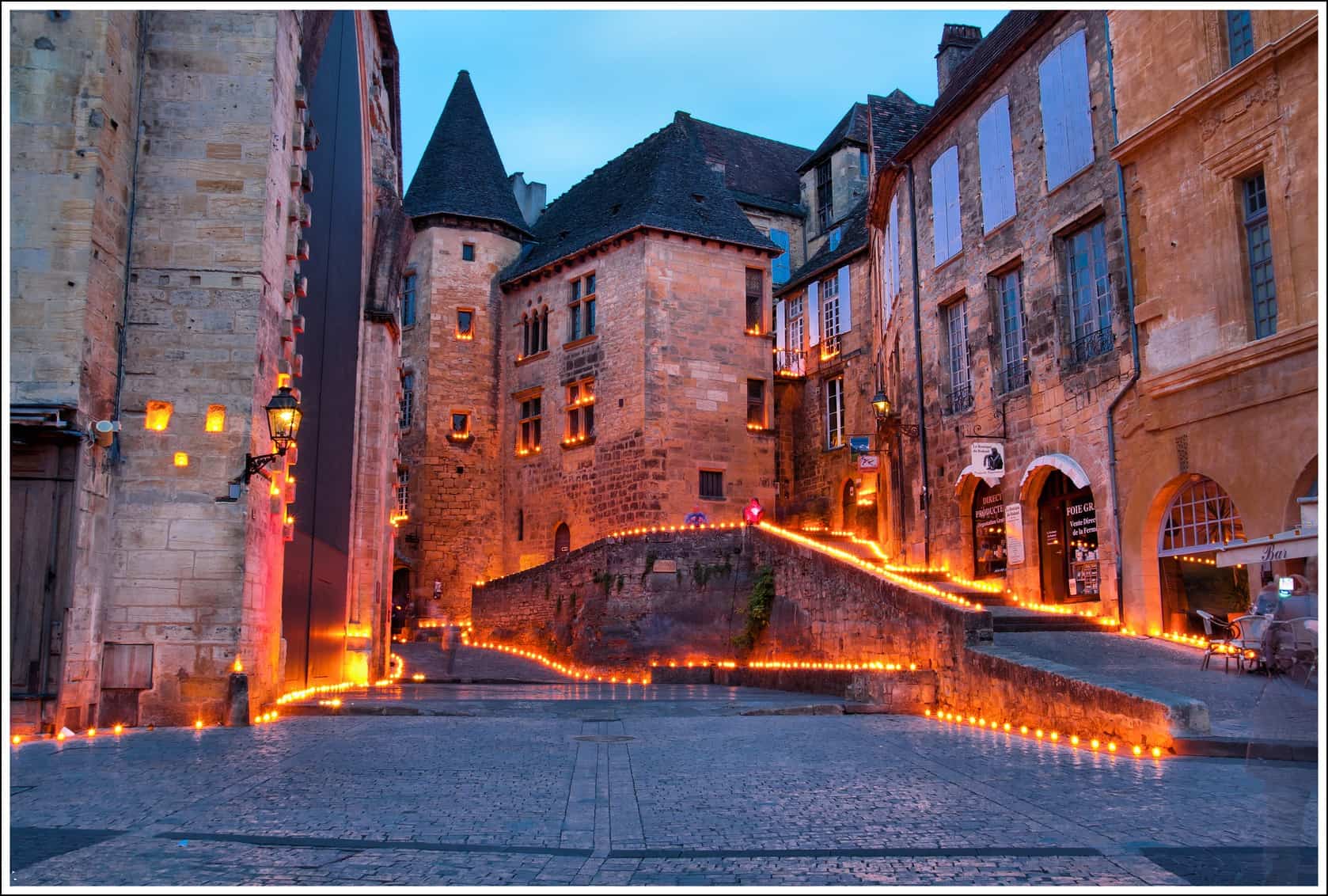 In addition to its crafts, the Périgord is famous for its gastronomy and the fruits of its soil, including :

the black truffle
the wines of Bergerac (13 AOC including Monbazillac, Pécharmant...)
foie gras
Sarlatan" potatoes
Perigueux sauce
The papitou (pâté made with 30% duck foie gras)
confits
The fruits apples, strawberries from Périgord (IGP)Walnuts from Périgord (AOC)
terrines
the chestnutemblematic fruit and inseparable
from the history of the Périgord.
porcini mushrooms

As you can see, our region will welcome you with open arms to discover all its beauty and its delicious food.

In the Périgord, it is important for us to pass on our culture, both in terms of heritage and good food.